I’ve spent hours and hours running wires, crimping pins and connectors and heat shrinking to get my Track & Field cocktail in a playable state.

I bought a bunch of 18 gauge equivalent wire from Amazon.com. I needed more colors, but didn’t want to buy more wire so I had to reuse. It would have been convenient to have enough colors for each button, but doubling up wasn’t too bad because I could later trace the wires back to the correct button with the continuity test on my multimeter.

For each button I crimped on a spade terminal and put some heat shrink on for good measure. I realize the heat shrink wasn’t necessary, but I like the clean, sealed look that it gives. I essentially did the same things for the speakers, but I used “real” speaker wire to wire the speakers up to the amplifier. 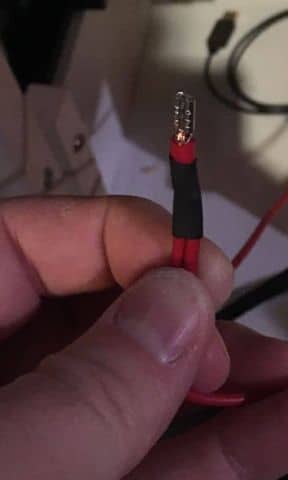 After I started running all these wires, I realized that if I ever wanted to take my cabinet apart again – to lighten it up for moving, or for easier service – I’d have another nightmare on my hands, because each of these wires would have to be disconnected.

The solution was to go with the industry standard Molex connectors. You pick an accessible spot, cut all the wires, strip, crimp pins and receivers on, plug them into the plastic male or female housing. It takes forever, but it does look nice when it’s done. 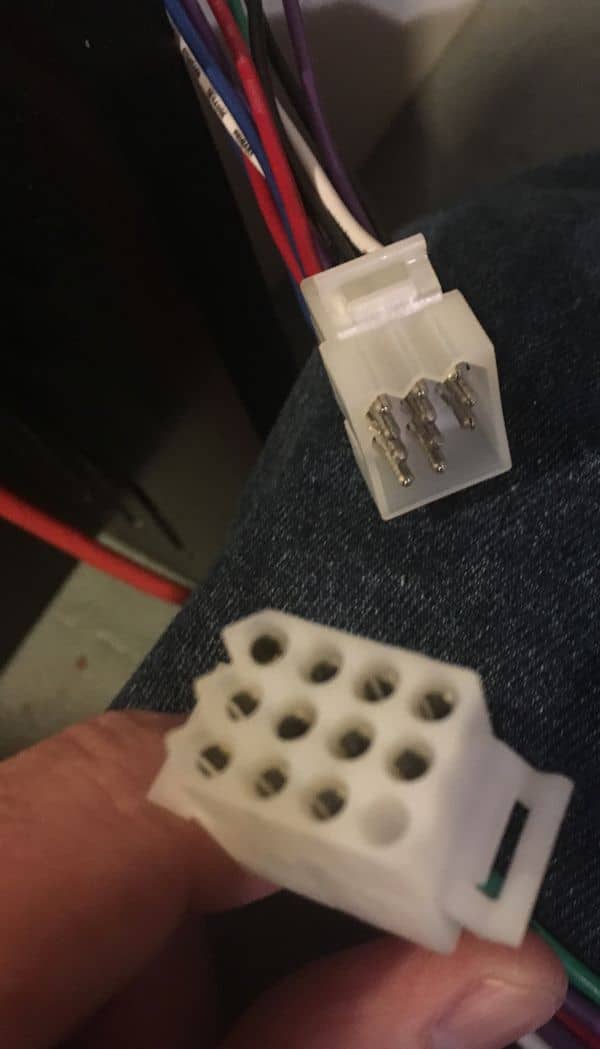 I’m using an iPac board to convert the button presses into keystrokes that MAME will understand. I wanted that to look nice too, so unlike all the other boards, I mounted this one on the side of the cabinet instead of on the flat slide-out piece. This also allowed me to neatly arrange the wires from the control panels.

I had preprogramed all the button locations on the iPac a head of time, and that ended up being a wasted effort. During preprograming I hadn’t considered the physical orientation of the wires in relation to the iPac terminals. It was easier just to put the wires in where they made sense and then just reprogram MAME to match up with the wires after the fact. 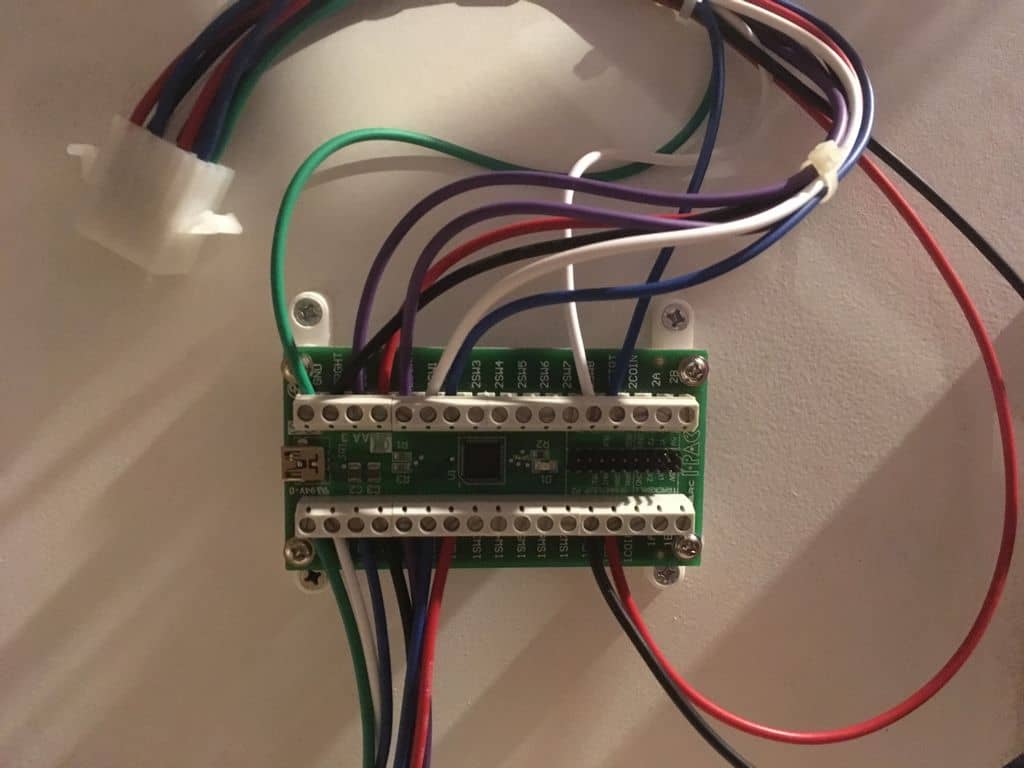 The iPac all wired up

My next post will talk more about wiring up the boards and power supply.