During the research phase of my Track & Field build out I noticed that there are some rudimentary designs located at jakobud.com. I knew these plans would be useful for getting started on my own build.

The plans have the radii of the various curves built into them, and I’m about as far from a carpenter as you can get. There was little to no hope of me being able to transfer those curves with some sort of compass on my own. At about 55 seconds into Scr33n73’s build video, you can see that he transferred printed plans to full scale on paper and then traced their outline onto sheets of MDF. That seemed like a great idea to me. The problem is when you look at the plans provided by jackobud.com, you can see that they’re scaled down to fit onto standard 8.5 x 11 paper.

I spent some time trying to figure out a way to scale up these images or print them out on my home printer, but I didn’t have much luck. Thankfully, I know a few graphic designers and I asked one of them what I should do. She told me that a place like FedEx/Kinkos should be able to scale the image up because even though the plans are 8.5 x 11, a ruler is included. The plan’s ruler could easily be compared to on an Adobe Illustrator ruler to properly scale up the drawings and make a new set of correctly scaled plans. So off to Kinkos I went.

Unfortunately, the Kinkos staff did not possess the skill to do this. One of my graphic designer coworkers was able to scale up the plans. He also trimmed out the ruler, logo and other crap to help reduce printing costs.

This time it was a win from Kinkos. I was able to get the plans printed. It cost just over $108. Quite pricey, and I might have been able to do better if I called some other print shops around, but I was too excited at the thought of getting physical copies to be sensible with money. 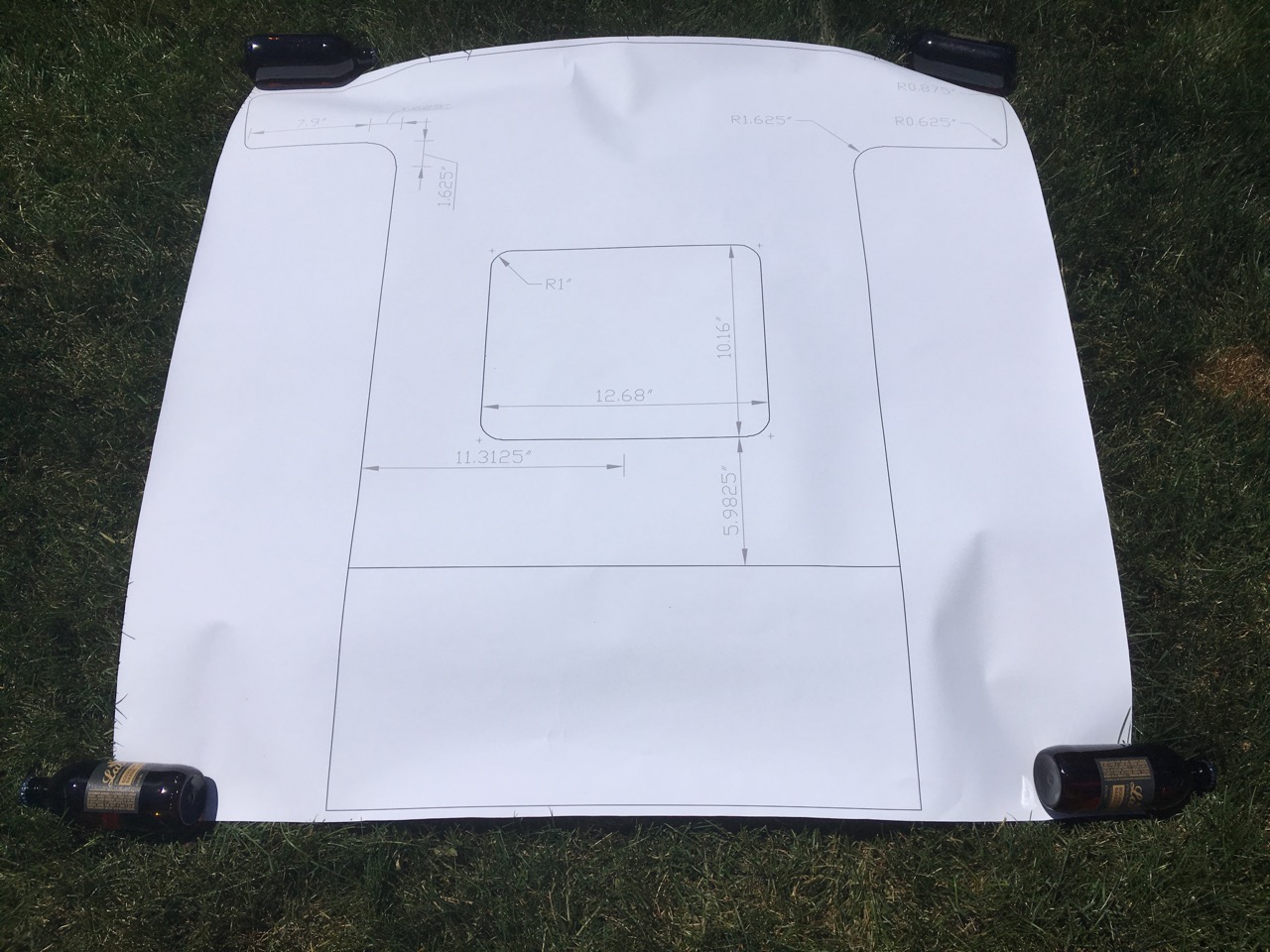 Here’s one of the larger images laid out in my backyard and pinned down with a few bottles of Labatt Prohibition Series Bourbon Barrel Ale, which is quite excellent by the way.

How fair would it be if I had access to Track & Field cocktail scaled plans, but didn’t offer them up to anyone else? Here are the scaled files as PDFs for your enjoyment: